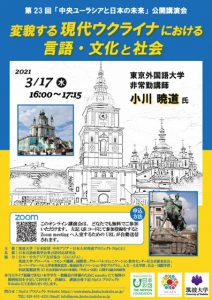 On Wednesday, March 17, 2021, as the 23rd lecture of the public lecture series “Central Eurasia and the Future of Japan”, we welcomed Dr. Akimichi Ogawa, lecturer at Tokyo University of Foreign Studies, who gave a lecture entitled “Language, Culture and Society in the Changing Modern Ukraine”.

Dr. Ogawa is a graduate of Tokyo University of Foreign Studies and teaches Ukrainian and Russian at Meiji Gakuin University and the Training Institute in Ministry of Foreign Affairs (MOFA).

In his lecture, he talked about a wide variety of topics, starting with basic information about Ukraine, such as the country’s name and the origin of its capital city, Kiev, historical facts that are indispensable for discussing the current relationship between Russia and Ukraine from ancient times to the 17th century, up to modern entertainment shows that really reflect this relationship. A wide variety of topics were discussed.

When discussing the relationship between Russia and Ukraine, many people think that Ukraine has a similar culture to Russia, and indeed, there are many similarities. In this lecture, he discussed various aspects in simple language, such as the differences in writing and orthography, the differences in pronunciation of place names and historical figures, and the way of understanding the word “Russi”, which is essential when discussing the Slavic world. There was also a very unique story about the Eurovision Song Contest, which is a major event in all of Europe, looking into the contemporary Crimean issue. The audience asked questions about education, letters, and entertainment in Ukraine and became familiar with Ukraine from various perspectives. 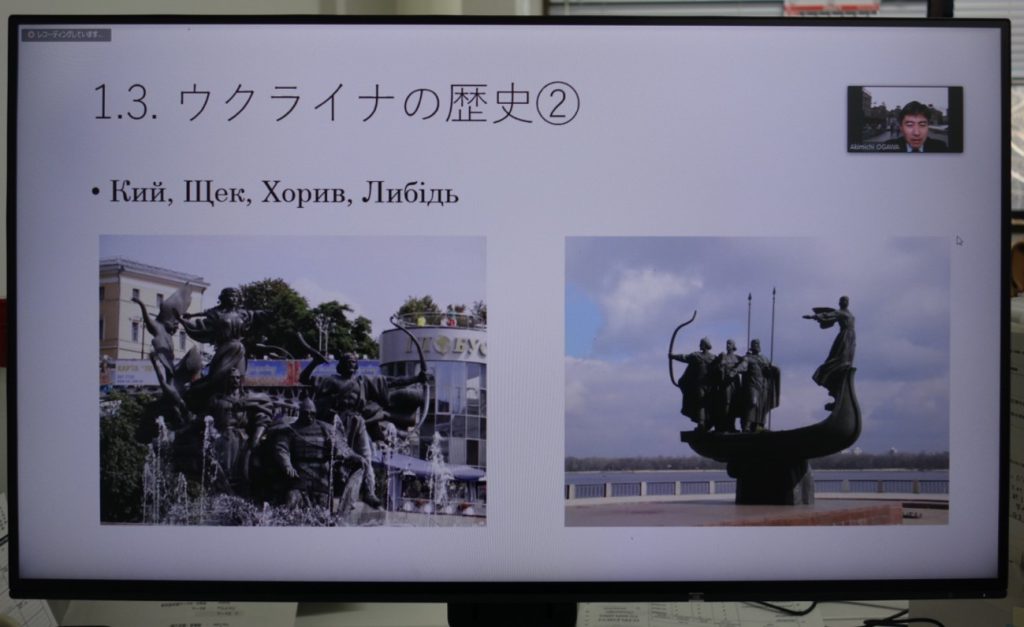