The 4th online screening of Russian and Central Asian films took place on June 3, 2022. The fourth edition featured the drama Pigeon’s Milk (2021), directed by Eugen Marian and shot for the first time in the Moldovan Republic of Transnistria (Pridnestrovie), a breakaway state within Moldova.

There is an unrecognized state called the Moldovan Republic of Transnistria (Pridnestrovie) in the eastern part of Moldova – a former Soviet Union country and the poorest country in Europe. Transnistria is located across the Dniester River on the Moldovian border with Ukraine. Considered a part of Moldova internationally, this seceded state is under fire because of its large Russian population and presence of Russian troops. Tensions have increased since the Russian military invasion of Ukraine in February of this year. As a result of growing interest in recent developments in the international arena, up to 200 people registered for the online screening within the first three days of posting the screening announcement. This time, as in the previous three online screenings, the capacity had exceeded the maximum number of applicants of 500 people. 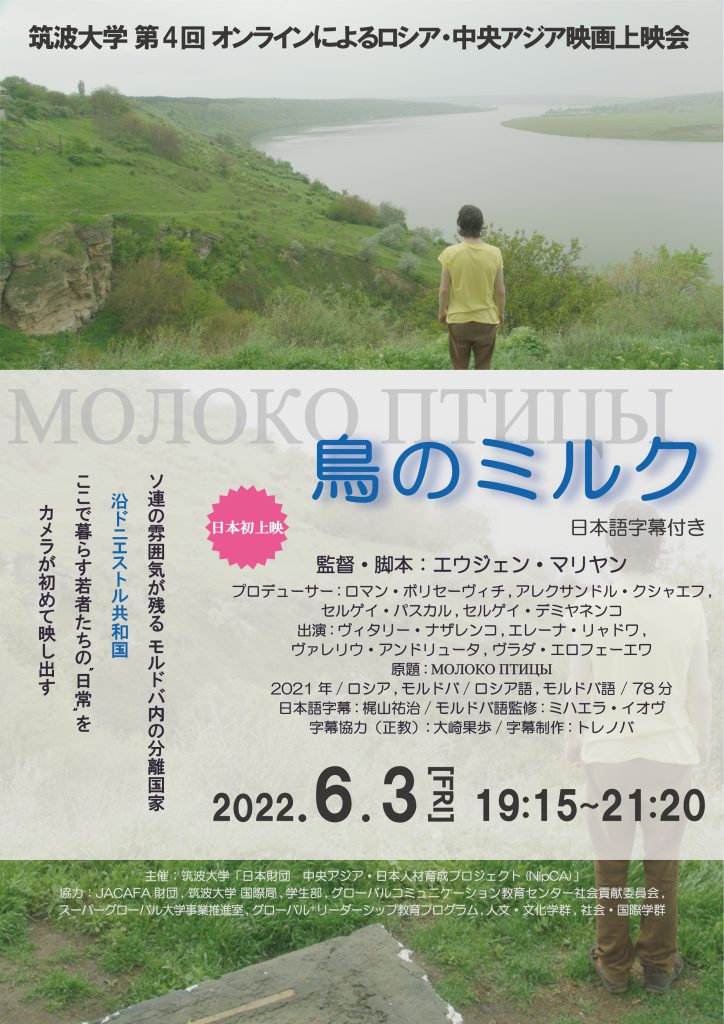 Before the screening, Mr. Yuji KAJIYAMA, coordinator of the NipCA project, gave a preliminary commentary entitled “Representation of the Transnistrian Moldovan Republic as a “neighbor” of Ukraine.” Mr. Kajiyama introduced unrecognized states within the former Soviet Union and explained the relations between these states and Russia. Moreover, the common problems of unrecognized states with the neighboring countries were presented. This introduction was followed by a lecture on the specifics of life and history of the Moldovan Republic of Transnistria using the example of novels and documentaries taking place in this so-called country.

The storyline of the displayed film is deeply connected to Christian (Orthodox) motifs, some of which were briefly mentioned in the preliminary commentary. However, the commentary on Pigeon’s Milk was intentionally limited since many parts are at the heart of the storyline. Many participants noted in the post-screening questionnaire that the movie was difficult to understand, so we sent participants a PDF of the slides with additional commentary after the screening. We will publish more detailed explanations in a future report, so please follow our updates.

Although many participants commented that the film was “difficult,” we also received many comments, such as “the images were beautiful” and “the music was good.” We believe it is important to note that some participants expressed sympathy for the ordinary people living in Transnistria. Such feeling results from a film’s power to represent an image of the region and its inhabitants despite limited opportunities for coverage of people’s lives in the unrecognized state.

The NipCA project will continue to organize screenings in the future to show the concrete life of different regions. 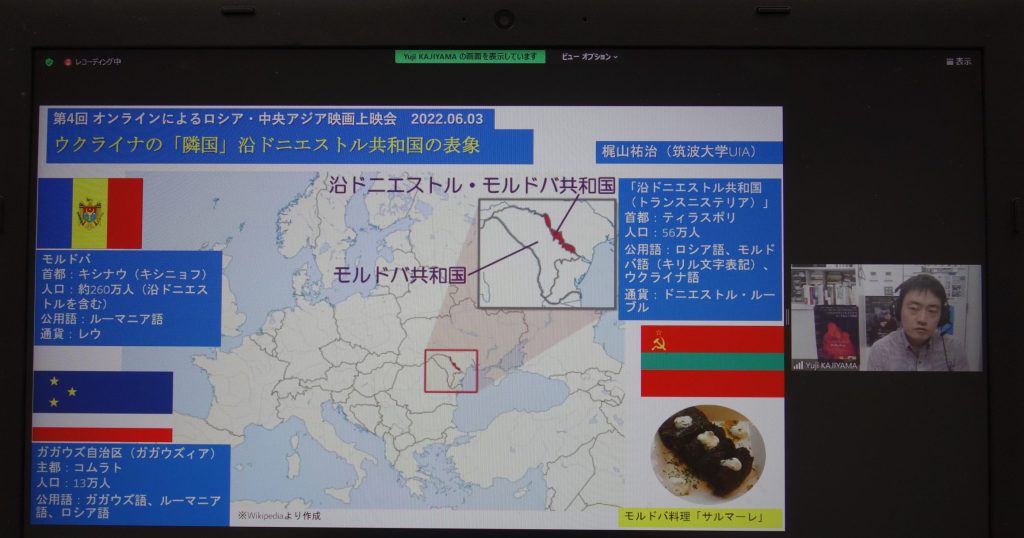