On September 29, 2022, NipCA Project researcher Asal Bazarova participated in “Japan – Uzbekistan Student Academic Forum 2022”, which was held at the University of Tsukuba.

The Forum opened doors for researchers investigating Uzbekistan and Japan from a different perspective. During the Forum, researchers presented intriguing and thought-provoking topics about Japan such as “Changes in fox alien marriage tales in Japan” and “Reception of German Films in Interwar Japan”.

Researcher Asal Bazarova participated in the Forum as a master’s student of International Public Policy investigating the topic “The Experience of Aspiring Female Entrepreneurs with the Framework of Uzbekistan’s Policy (2019-2022)”. For the researcher, it was an excellent opportunity to share with listeners the findings from the interviews with Uzbekistan’s female entrepreneurs. As for other scholars exploring Uzbekistan, themes were devoted to:

During the Forum, colorful presentations were shown, based on which the audience perceived the information both visually and audibly. At the end of the presentations, the audience asked questions to understand deeply new topics. It is worth noting that the students were also active during the Q&A session, wanting to get a professional answer from the very first.

Summing up, the Forum passed actively and fruitfully since researchers showed their passion by contributing to Uzbekistan’s and Japan’s academic sphere. For the audience, it was a great way to broaden their horizons on the relevant topics. 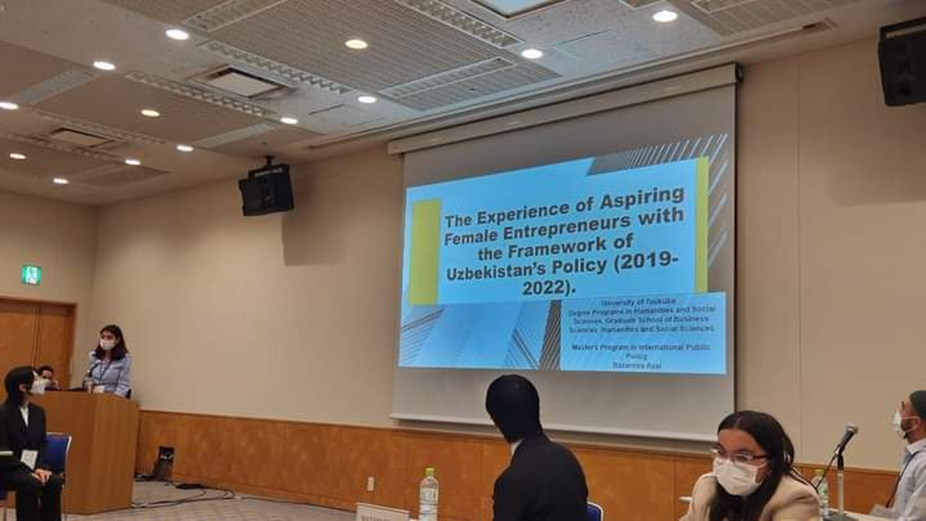