The 33rd Public Lecture of “The Future of Central Eurasia and Japan” Series was held on March 7, 2022, featuring photographer Takaaki INADA with a lecture titled “Travel Photographer – Breakthrough Power of the Fusion of Photography, Visual Expression, and Academia.” 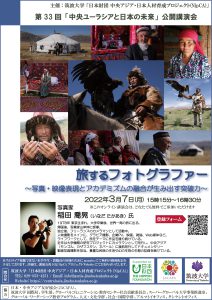 After graduating from university, Takaaki INADA traveled around the world, taking pictures of various people and landscapes worldwide, which inspired him to start a career as a photographer after returning to Japan. Today, while working as a portrait photographer, he also travels the world and pursues photography. Takaaki INADA has also made significant contributions to disseminating research findings to society since he accompanied as a photographer during the fieldwork of our previous guest speaker, professor Takuya SOMA of the Hakubi Center at Kyoto University. Takaaki INADA has also accompanied NipCA Fellows on their study tours.

Takaaki INADA shared photos of animals and people taken in Mongolia and Nepal in this lecture. Participants were captivated by the beautiful shots of Mongolian horses, moments of successful hunting by Kazakh eagle hunters, vivid portraits of people preserving their traditional way of life, and majestic nature that had the power to take the viewers to a different part of the world.

The second half of the lecture was memorable for its impressive revelation of the meaning of photography as “records and memories of the present are a gift to humanity of the future.” Takaaki INADA explained the importance of preserving the precious “present” of people’s culture and nature that is disappearing with time. In addition, he emphasized that “a camera is an indispensable tool for the fusion of academism and art” because it helps to convey ideas more easily by presenting research results visually rather than in words, even if these ideas are little known. In this way, visual expression can become the very “breakthrough power.” 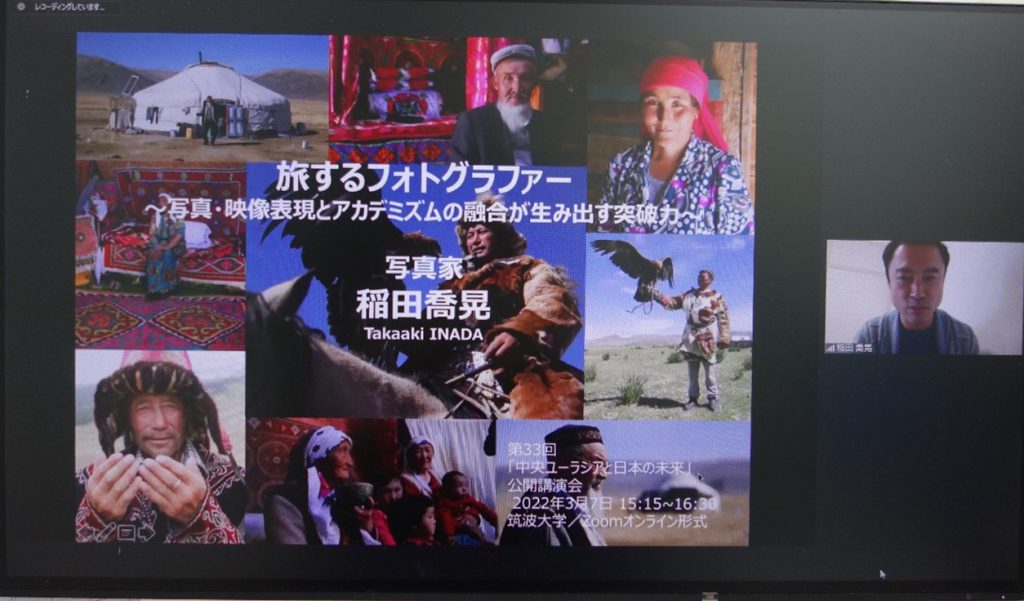