As we arrived at Niseko Senior High School, we were lucky to listen to Ms. Sasaki and Mr. Murakami’s presentation about Niseko Town’s project for building the SDGs Future City. Niseko, a town with the population of some 5,000 people, is one of very few places in Japan where the population in increasing instead of decreasing according to the general trend. Despite having such a small population, the town hosts around 4 million tourists annually (before the pandemic), this influx of tourists puts a strain on the local infrastructure and brings about problems with housing shortage, etc.

The proposal of Niseko Town stands on three pillars: economy, society and environment; and aims to respond to the population growth and housing shortage in the town in the most sustainable way possible, taking into account energy efficiency and disaster prevention measures. The project is costly and, despite not having the necessary amount of investment yet, it is very realistic if a multitude of private and public funds are mobilized. In fact, the town is already getting investments that sympathize with the town’s development policies and unique regulations that protect the environment. In fact, this has led to more companies moving into the area, and there is also a trend to relocate headquarters of various companies from the Tokyo metropolitan area. In addition, regional financial institutions have been participating in the study from the beginning, and in the future, multiple banks are planning to co-finance the project.

The project is developed and presented by Niseko Machi Co, a town development company established in 2020 that collaborates with the public, private sector and experts, established in the course of planning so far, also undertakes planning and implementing regional SDGs.
The basic concept of the proposed project calls for the development of housing and a living environment in a neighborhood in a beautiful landscape right next to the mountains, to which the elderly population, whose children have left for education for bigger cities, are expected to be willing to relocate due to difficulties with maintaining the big houses and snow removal during wintertime. This way the town can solve the problem of housing without just building more new houses which would be unsustainable. So, the aim of this project not only sell housing, but also improve the quality of life that covers the economy, society, and the environment.
The three pillars are also seen in the synergy between each other, for example, the synergy between the economy and environment is promoted through the spreading the information and raising awareness by experts and discussions with various stakeholders through the development of a model project, which further incentivized local builders toward energy-saving housing and resource recycling.

The link between economy pillar and society is more obvious, since the project presents a new way of living and community in Niseko. Business development is accompanied by the promotion of dialogues with local residents and people interested in relocation about their lifestyles. This dialogue will add to the value of Niseko, attract more people who want to live in Niseko, and maintain an environment where they can continue to live, in addition to securing the local economy and population growth through housing development. Population growth, in turn, and the formation of new communities where people can continue to live with peace of mind will lead to the long-term stable securing and development of human resources who will lead the local economy, and that also can become the basis for business expansion.

Niseko itself is already a very sustainable town, the population of it cares for the environment and the synergy between society and environment pillars will promote the efforts of an eco-model city that aims to achieve both low-carbonization (since Niseko is also planning to decrease its CO2 emissions by 86% by 2050 according the presentation) and sustainable development. The development of energy-saving houses will also improve the quality of life and the living space, as a reduction in energy costs will lead to an increase in disposable income. This will create more attachment to the area, leading to active local community activities and the maintenance and development of the community.

A very crucial part about the project is that at all stages information sharing with the residents of the town and their participation in discussion of the project was a priority, and with that goal a special intranet is being developed where people can join the discussion and express their opinions, so the local residents’ sense of self-government is maintained and even improved and their concerns are dispelled. I personally think that it is great that this project is formulated and curated by a private company such as Niseko Machi Co., since it helps to preserve that sense of autonomy and self-governance with much higher efficiency. 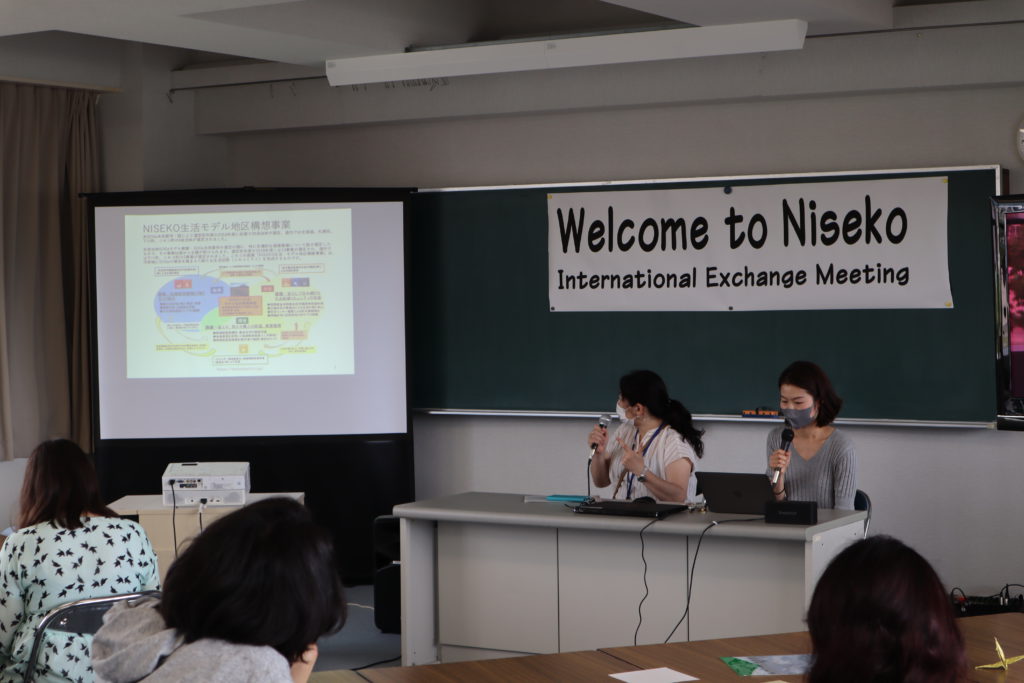